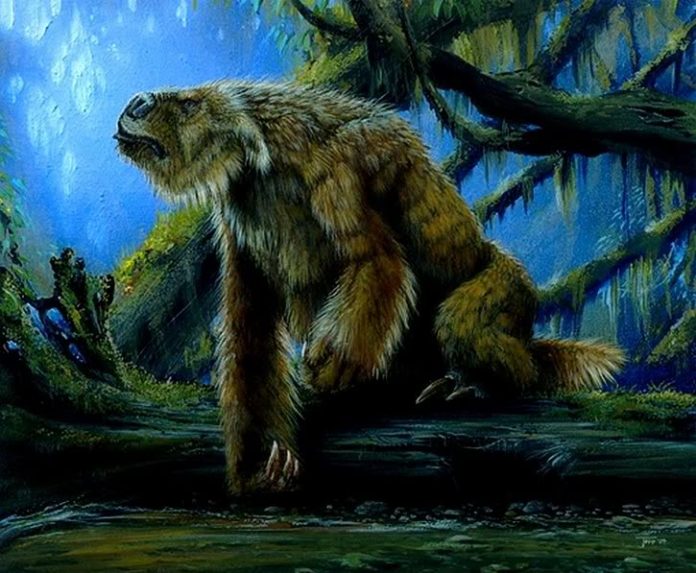 The Mapinguari is a large ape-like creature said to inhabit the rainforests straddling the border between Brazil and Bolivia. According to local folklore, the Mapinguari stands around 8 feet tall, has a tough (and apparently bulletproof) covering of scales on its back, thick red fur on its head and belly, long, curved claws, and, if all of the stories are to be believed, a second mouth in the center of its stomach. When approached by humans, the Mapinguari is said to rear up on its hind legs like a bear and can supposedly produce a foul-smelling scent to ward off potential hunters. As recently as 2007 a sighting was reported in The New York Times.