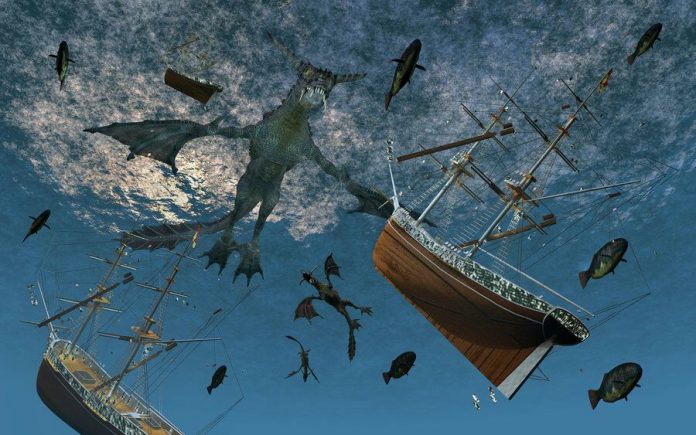 Origin of the Devil’s Sea

To begin with, the term dragon in the Devil Sea’s name originates from the Chinese fable about dragons existing below the water surface. According to these fables, the dragons under the sea attack vessels passing by to satiate their hunger. These fables have originated well before the AD period – 1000 BC era. With their emphasis on the presence of mythical creatures like dragons, these fables have made a huge impact in the legends and mysterious stories created in the years to come.

Similarly, the Japanese name “Ma-No Umi,” means the Sea of the Devil, was originally coined by the Japanese countrymen years ago when the stories of paranormal phenomena in the sea was popularised. The superstitions associated with the Devil’s Sea always haunted the Japanese from venturing into this part of the ocean right from centuries past.

Explanations for the mystery of Devil’s Sea

As the myths of the Devil’s Sea popularized through legends, there were also hypotheses, including the scientific explanations, attempting to solve the mystery. Several efforts were also made to understand the truth behind the so-called paranormal phenomenon.

Scholars like Ivan Sanderson have suggested that it is the hot and cold currents crossing this Vile Vortice leading to the disappearance of vessels in the Devil’s Sea. According to him, these currents result in electromagnetic disturbances that trap the ships passing by.

Another hypothesis suggested that it is the subsea volcanoes in the area caused the disappearance of vessels. The eruptions from these volcanoes could have initiated such accidents, substantiating the stories of dragons sucking in ships and its crew to the ocean’s depths.Due to the undersea volcanoes and seismic activities, according to marine scholars, the islands in the area often disappear suddenly, while new ones appear at the same pace.

Another scientific research claimed that the anomalies believed to occur in the triangle were the result of an environmental phenomenon. The researchers argued that the area has the presence of methane hydrates on the seabed. When methane hydrates gas or methane clathrates explodes, bubbles will be formed on the water surface as the ice-like deposits separate from the bottom of the ocean at the time of the explosion. These activities can interrupt buoyancy and also destroy a vessel without even leaving a trace.

However, in 1989, American writer and paranormal activity theorist Charles Berlitz wrote a book, The Dragon’s Triangle, after detailed research on the paranormal activities in the Devil’s Sea. According to him, the accidents involving five Japanese military vessels in the triangle, due to the ‘evil’ nature of the sea, have resulted in the death of more than 700m people.

Later, questioning Charles arguments that substantiating the Devil’s Sea is a mythical area abound with paranormal activities; Larry Kusche published a book titled The Bermuda Triangle Mystery Solved in the year 1995. In his work, Kusche rejected the story of the disappearance of Japanese war-ships, arguing that the vessels went missing were fishing boats.

In his book, Kusche has also claimed that the research ship sent by the Japanese contained a crew of only 31 people as opposed to the 100 stated by Charles and the vessel was wrecked instead of disappearing completely. He argued that the research vessel was wrecked by an undersea volcano in September 1952. The remains of the wreckage were retrieved by the Japanese a few years ago which further rejected Charles’s claims.

The Pacific Bermuda Triangle might be subjected to numerous theories and suppositions. But in spite of scientific evidence and the mythical aura surrounding the oceanic arena, it’s continued mysterious existence is a testimony that certain phenomena in the world are far beyond the control of human beings. 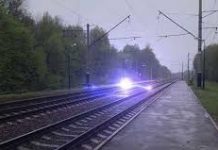