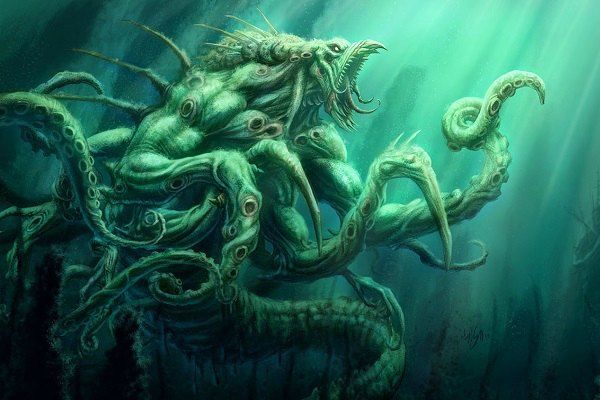 The native Ainu people of Japan have long believed that Volcano Bay off the south coast of Hokkaido is home to an enormous octopus called the Akkorokamui. Numerous sightings of the creature have been made over the years; British missionary named John Batchelor, who was working on Hokkaido in the early 1900s, recorded one such sighting in his book The Ainu and Their Folklore, writing that “a great sea monster with large staring eyes” had attacked three local fishermen and their boat: “The monster was round in shape, and emitted a dark fluid and noxious odour… The three men fled in dismay, not so much indeed for fear, they say, but on account of the dreadful smell. However that may have been, they were so scared that the next morning all three refused to get up and eat; they were lying in their beds pale and trembling.”