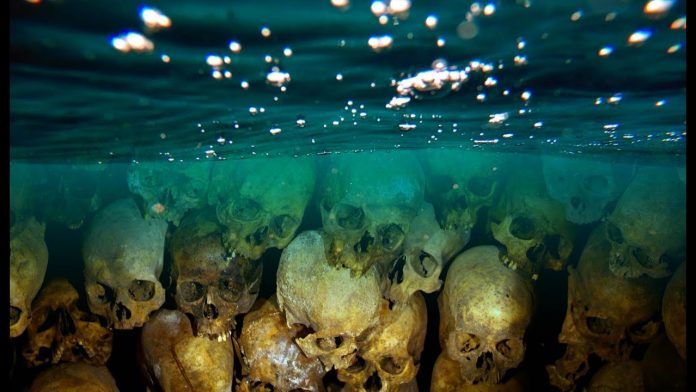 The skeletons in Roopkund lake were first found by a British forest guard in 1942. He thought the remains were of Japanese soldiers who had died while crossing the Himalayas during World War II. It’s not a horrible hypothesis, but it’s not accurate.

Scientists have now discovered the bones belong to pilgrims and locals of the area. Since there were no fatal wounds found on the bones, researches have concluded that the cause of death was baseball-sized hail or ice hitting them in the head. When the ice melts you’re able to see hundred of scattered skulls in the lake.