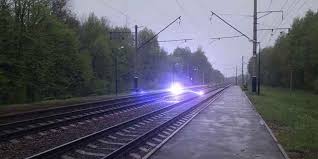 A healthy fear of lightning is normal. This awe-inspiring phenomenon is hotter than the surface of the Sun and packs enough electrical charge to stop your heart if you’re unlucky enough to get struck. Lightning is the subject of extensive scientific study, but we still don’t know everything about this immense force of nature, including why it can sometimes form into a ball.

We don’t know much about ball lightning outside of the thousands of anecdotal reports from people who were startled by this unusual and short-lived phenomenon. Ball lightning is reportedly lightning that forms into a ball immediately after the strike of a normal bolt of lightning. After forming, it can reportedly move erratically, skip across the ground, and burn through surfaces it touches. Most reports state that it only lasts a couple of seconds before disappearing. A group of Chinese scientists captured this phenomenon on camera for the first time back in 2012, but experiencing it was the result of pure luck—something that doesn’t foster much scientific research.