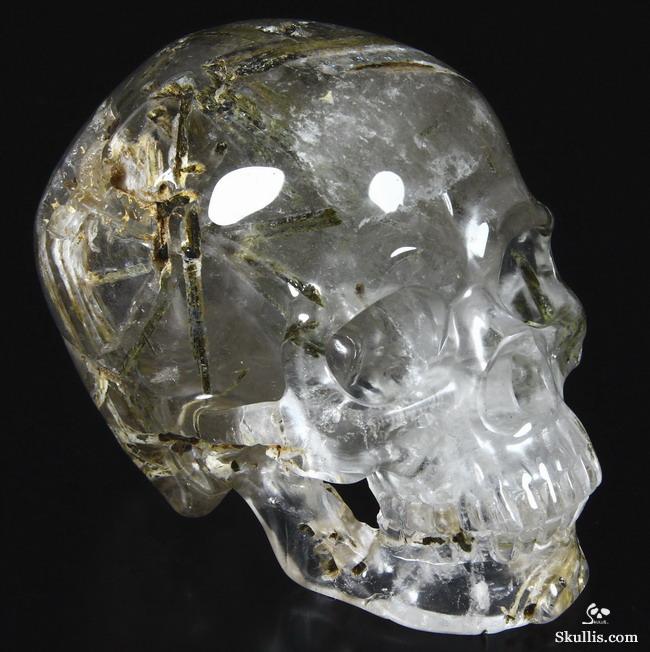 These crystal skulls are believed to have been created by the ancient Mayans.  The quartz-crystal skulls may have served as divine oracles in Mayan culture more than 1,000 years ago. Although investigation of the skull’s surface and internal structure tends to confirm its ancient origin, the artifact’s design suggests a remarkably advanced knowledge of optics.