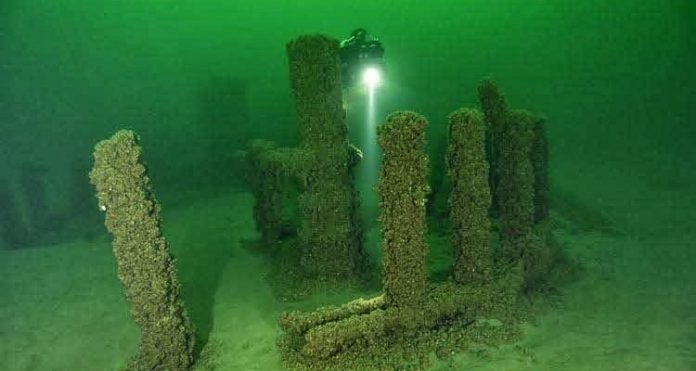 This mystery lies at the bottom of Lake Michigan, and researchers are calling it a mini pre-historic Stonehenge. As if Stonehenge wasn’t wild enough, now we have one underwater that has a strange carving of a mastodon on them. Think of a giant elephant-type creature from the ice age. The carving suggests the stones were there for at least 11,000 years.

Unfortunately, because the stones have been underwater for so long, researchers are having difficulty deciphering some of the strange carvings. They also have no idea how it got there or why it bears such a resemblance to Stonehenge in England.