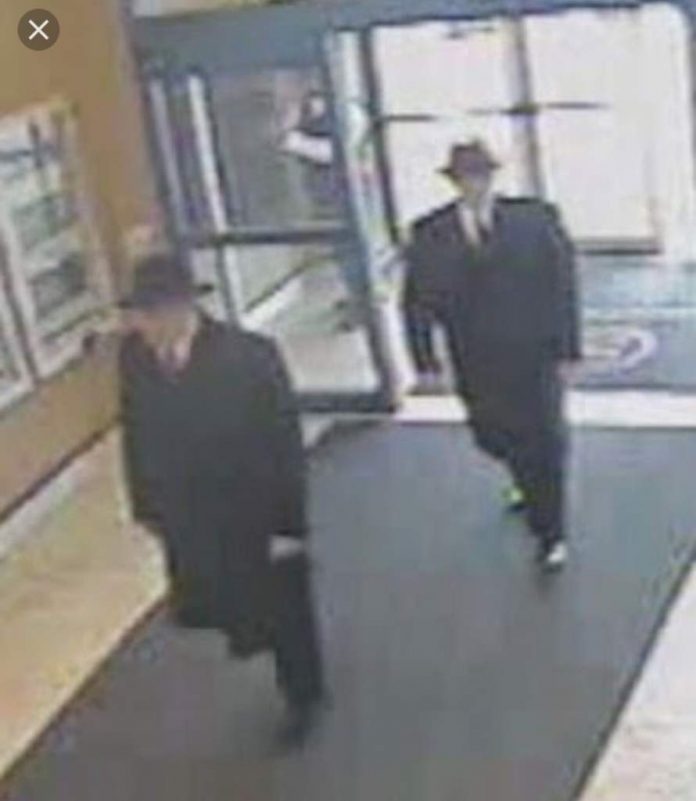 The visit reportedly came in 1976 while Dr. Herbert Hopkins was working as a consulting hypnotist on an alleged UFO abduction case in Maine.  One night when he was home alone, the physician said, he got a telephone call from a man who claimed to represent a New Jersey UFO research group. (Hopkins would later discover that the group did not exist)  The caller asked to see Hopkins in order to discuss the abduction case with him, and the doctor assented.  He would later reflect upon how odd it was that he had so readily agreed to share the matter.

At the time, however, Hopkins did not even find it odd that an extraordinary visitor was on his doorstep only seconds after the phone call ended.  The man was hairless—bald, and without eyebrows or eyelashes.  He wore a black suit, a black tie, and a gleaming white shirt—all immaculate and precisely pressed. “I thought, he looks like an undertaker,” Hopkins said later.  The man also had a dead-white face and wore what appeared to be lipstick.

Apparently put off by none of this, the doctor sat with the stranger and talked about the details of the case for sometime.  Eventually, Hopkins noticed that the man’s speech seemed to be slowing and that his movements were unsteady as he rose to leave.  His cryptic parting words to his host were, “my energy is running low. Must go now. Goodbye.” Only after his guest had staggered off did Hopkins find himself shaken, cognizant at last of the incident’s strangeness.

Despite certain anomalies, the mysterious visitor was not untypical of the fabled Men in Black, or MIB as they are known—beings, outwardly human yet plainly not human, who are said to emerge as threatening presences in the lives of UFO witnesses or researchers.  Since the late 1950’s, MIB have become a curious adjunct of some UFO sightings and have attained near-mythic status in their own right.

Researchers have investigated more than thirty alleged MIB visits in detail while some involve pale creatures such as the one Hopkins described, the MIB are more usually depicted as dark skinned and somehow foreign looking often with slanted eyes.  Although they sometimes appear singly, they usually travel in threes.  Many are said to show surprise and puzzlement at such mundane items as ballpoint pens and eating utensils.  Nearly all have in common their somber attire of dauntingly neat black suits black ties, and white shirts.

The MIB mission seems to be to dissuade people from talking about UFO experiences or seeking information about them.  An early and persistent theory about the Men in Black was that they were government agents who were bent on obscuring truths about UFOs. That notion gradually lost currency, however—probably because the eccentricities of the MIB outstripped all but the most paranoid imaginings about nefarious federal conspiracies most present thinking is that either the encounters with MIB are illusions conjured by persons shaken by real or imagined encounters with UFOs or they are hoaxes.