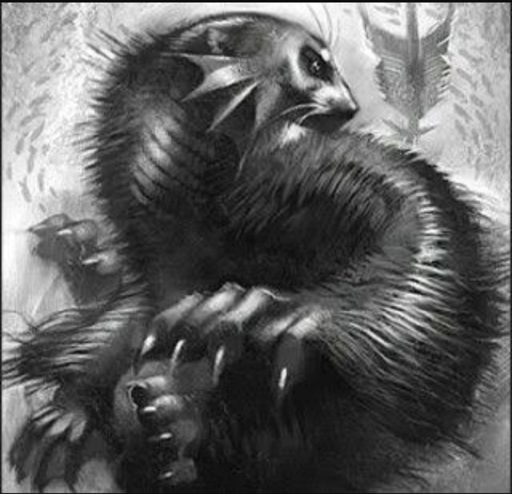 The Dobhar-chú, or “water-hound,” is a legendary creature known as the King Otter that supposedly lives in isolated freshwater loughs and rivers in Ireland. Usually described as a half-dog, half-fish hybrid with a long snaking body covered in thick fur, the Dobhar-chú is large and heavyset, but can move very fast both in the water and on land—even, according to one story, being able to keep up with a galloping horse. Sightings of the creature date back several centuries in Ireland, and there are at least two gravestones (including one, in County Leitrim, dating back as far as 1722) of people who were reportedly attacked and killed by a Dobhar-chú.